About The GBSC National Rankings 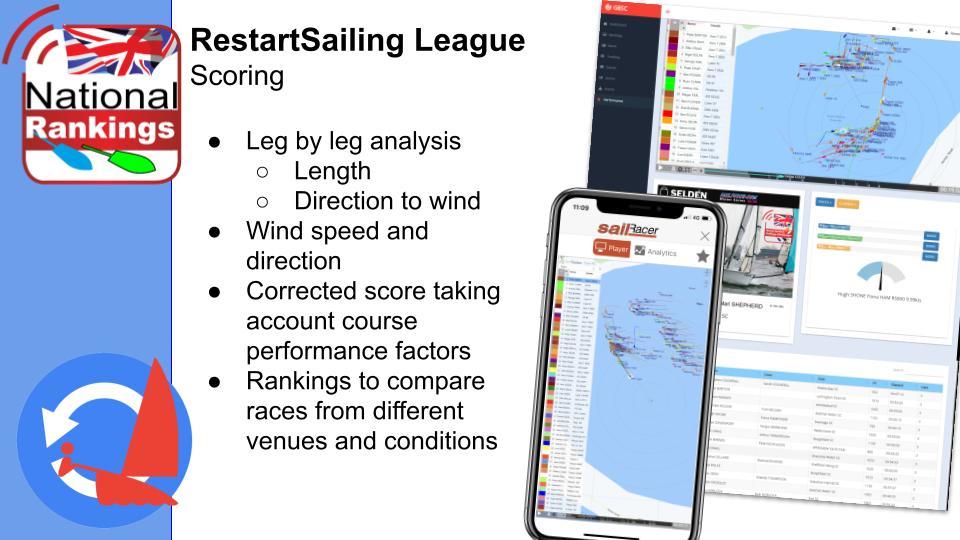 The Great British Sailing Challenge National Rankings (GBSCNR) give you a cost-effective opportunity to do exactly that. Using a GPS tracker on your boat, you can log your speed and distance around any virtual course.

Nothing new about that, you might be thinking. Of course, there are loads of tracking apps on the market already which you can use to track your speed across the water. Developer of the GBSC National Rankings, Simon Lovesey, explains the difference: "A tracking app is interesting but by itself doesn't achieve much. You need the app to operate within a broader ecosystem, which is what we've done with the GBSC National Rankings. Because we've been running races for more than 10 years, in events like the Selden Sailjuice Winter Series, we've got a huge amount of data to work from - more than 10,000 races in the system. With such a wealth of historical information, we're able to apply this data in a number of interesting ways."

Here are some examples of how you can take part in the GBSC National Rankings:

Racing solo in your Solo (or any other sailing boat)

Even if you're going out for a sail-around by yourself, you can track your performance relative to other boats taking part in the GBSCNR. You can enter wind data from a website or local weather station, but you don't even have to do that if you don't want to. The system will still give you feedback on your performance.

Racing with your mates

What if you just want to race with a few mates around the buoys. Using the GBSCNR is a great way of putting more structure around and adding more meaning to your informal races. You can look back through the tracking to see why the winner won and which side of the course was paying, and so on...

Some sailing clubs are already jumping on board with the GBSCNR, buying their own set of trackers for their members to use for the formal club racing.

Changing handicap numbers from those provided by the annual RYA review - well, that's what clubs were always meant to do. Yet very few ever DO change the numbers? Why? Because it's a political hot potato. If you leave it to the GBSCNR to recalculate the handicap numbers based on real and unarguable feedback, who is there to get cross with? No one, just the computer. The result? Closer, fairer racing. No more bandit fleets.

The RYA is on the verge of making an announcement about growing Personal Handicapping in sailing. This is the bedrock of golf's success around the world, the personal handicap number based on your own competence. It gives everyone a chance of winning, even a virtual beginner. Working out personal handicaps becomes a breeze if you delegate it to GBSCNR. It will do the number crunching for you. And again, it takes away any accusations of bias or clubhouse politics.

Racing at your class open meeting or National Championship

What's the key to keeping your fleet coming to the big events of the season, year after year? The front of the fleet will always show up, but what about the middle to back of the pack? As well as giving them the best prizes, another way is to use GBSCNR tracking. The Personal Handicapping we just talked about makes it possible for anyone to win a race at the Nationals!

What about a Sunday competition between a club on the south coast and a club in Scotland? Just like Bart's Bash which has proven the appeal of Remote Racing, you could have a North v South competition, and many other variations on the same theme.

What haven't we thought of?

There's a few ideas for you. There will be plenty of other applications that you will think of that haven't even occurred to us.